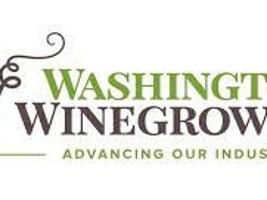 KENNEWICK, WA – Becca de Kleine and Carrie Arredondo were elected to the Board of Directors of the Washington Winegrowers Association (Winegrowers) during their annual meeting last month at the Convention in Kennewick, WA.

De Kleine earned a bachelor degree in viticulture and enology at Washington State University, where she also worked at several large-scale wineries while attending class. In 2012, she was hired to help develop Four Feathers Wine Estates, where she currently serves as General Manager and Director of Winemaking. De Kleine also serves as President of the Washington Wine Technical Group. She lives in Prosser with her husband Mark, and twin daughters.

Arredondo started in the wine industry as a youngster, planting her first winegrapes in 1980 in the Ancient Lakes of Columbia Valley AVA and later, working as tasting room staff in her family’s first winery, Champs de Brionne. She earned her bachelor degree from Boston College and is a certified pastry chef. Since 2000, her passion for wine led her to numerous positions at her family’s second winery, Cave B Estate Winery where she is Marketing, Branding, and Events Manager. Arredondo and her husband, Freddy Arredondo who is winemaker at Cave B Estate Winery, live in Quincy, and have two children.

Shane Collins was elected chair of the Winegrowers board. Collins, from Chelan, is winemaker at Rocky Pond Winery. Dustin Tobin, of Prosser, Vineyard Manager at Precept Wine Brands, was elected vice chair. Jeff Andrews, of Coyote Canyon Vineyards in Prosser, was re-elected secretary/treasurer.