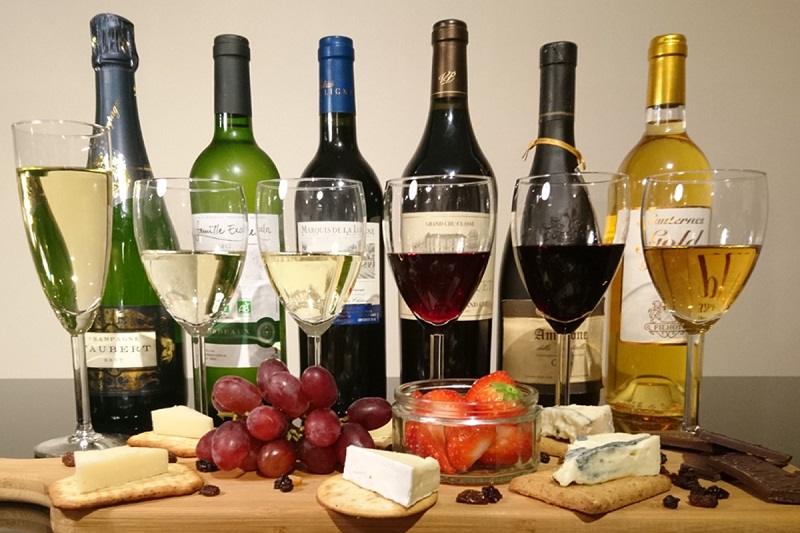 The art of wine tasting is simply the sensory examining and evaluation of wine. Even though the idea and practice of wine tasting has been around as many years as wine has been made, the formal process of tasting wine was only really developed since the 14th century. Today, people are employed as professional wine tasters (Yes, that’s their ‘job’!) and use a specific vocabulary to describe the look, smell, and taste of a wine, as well as flavours, aromas and other general characteristics of a wine vintage. However, there is the growing trend of the wine tasting party that focuses less on formal processes and more on general and personal appreciation of a wine.

The Stages of Wine Tasting

There are four major stages of wine tasting. These are:

2) the aroma of the wine when “in glass”

3) the sensations the wine provides “in mouth”

4) the aftertaste that occurs, or the “finish”

All of the above stages are used in conjunction with each other to determine the quality and properties of a wine. The properties that a professional wine taster is looking for are as follows:

2) How much potential the wine has for aging or drinking

Even with all of these properties, the professional taster will also base his/her opinion using research from where and how the wine was made. For example, a wine made in a winery from a certain wine region may have a totally different taste from the same type of wine made in a different region. For the wine being tested, the wine taster must make sure that his/her opinions are not biased from other regions. For example, a wine taster tasting a cabernet sauvignon from a winery in one region must know if there are differences in production (ie processes, growing conditions, soil conditions, etc) from another winery producing cabernet sauvignon in a totally different region (or even country). This way, the wine taster will be able to determine the quality of the wine being tested and know whether it is great quality from that winery or specific region. Some regions will produce superior wines because of better growing conditions and/or production processes, but that shouldn’t stop a taster from determining the quality of a wine from a different region and know if it is a good quality wine

Blind tasting is not necessarily done by a person who is visually impaired. It is simply a process that allows for complete impartiality when tasting wines to determine which one is the best. This is done in wine tasting by ensuring the taster(s) have not seen the label of the bottle shape. One way of doing a blind taste is to have the wine served from a black glass, although this prevents the taster from seeing the appearance.

It is well known that a tester’s perception of a wine can be severely influenced if he/she knows a wine’s details, such as colour, price, reputation or geographic region. Even scientific research has shown that the power of perception will influence a person’s expectations. For example, many wine enthusiasts will assume that the more expensive a wine is, the better it will taste over a less expensive wine, or they may figure a French wine will taste better than an Australian wine simply because “it’s French…enough said!”. As an example, a French researcher named Frederic Brochet was said to have submitted a Bordeaux wine in two different bottles, where one had a label that said it was a very expensive brand, while the other bottle was labelled as if is was simply cheap table wine. The tasters reported that the expensive one was “woody, complex and round” while the “cheap” one was described by tasters as “short, light and faulty”…yet they were exactly the same! Therefore, to get a true idea of the quality of a wine, a blind tasting is always the best option.

Contrary to what some people may think, horizontal tasting does not involve drinking wine while lying flat on your back (or collapsed on the floor). It is tasting wines that are all of the same vintage but are from different wineries in the same area. By doing keeping the same vintage and type of wine, wine tasters are able to determine the differences in styles of the different wineries. Vertical tasting is used to determine differences in different vintages. By tasting the same type of wine produced by the same winery but with different vintages, differences between the vintages can be determined.

Wine tasting is more than just simply pouring a glass of Chardonnay and gulping it down. There is a whole process that involves more than just using your taste buds. It is a whole process where skilled tasters can make a wine producer’s latest vintage into the most popular wine of the year, or it can result in the winery losing millions due to a poorly perceived reputation. However, it is also a very enjoyable experience for people to host a wine tasting party as a way of discovering new wine they might not have tried previously, as well as just being a friendly and sociable gathering