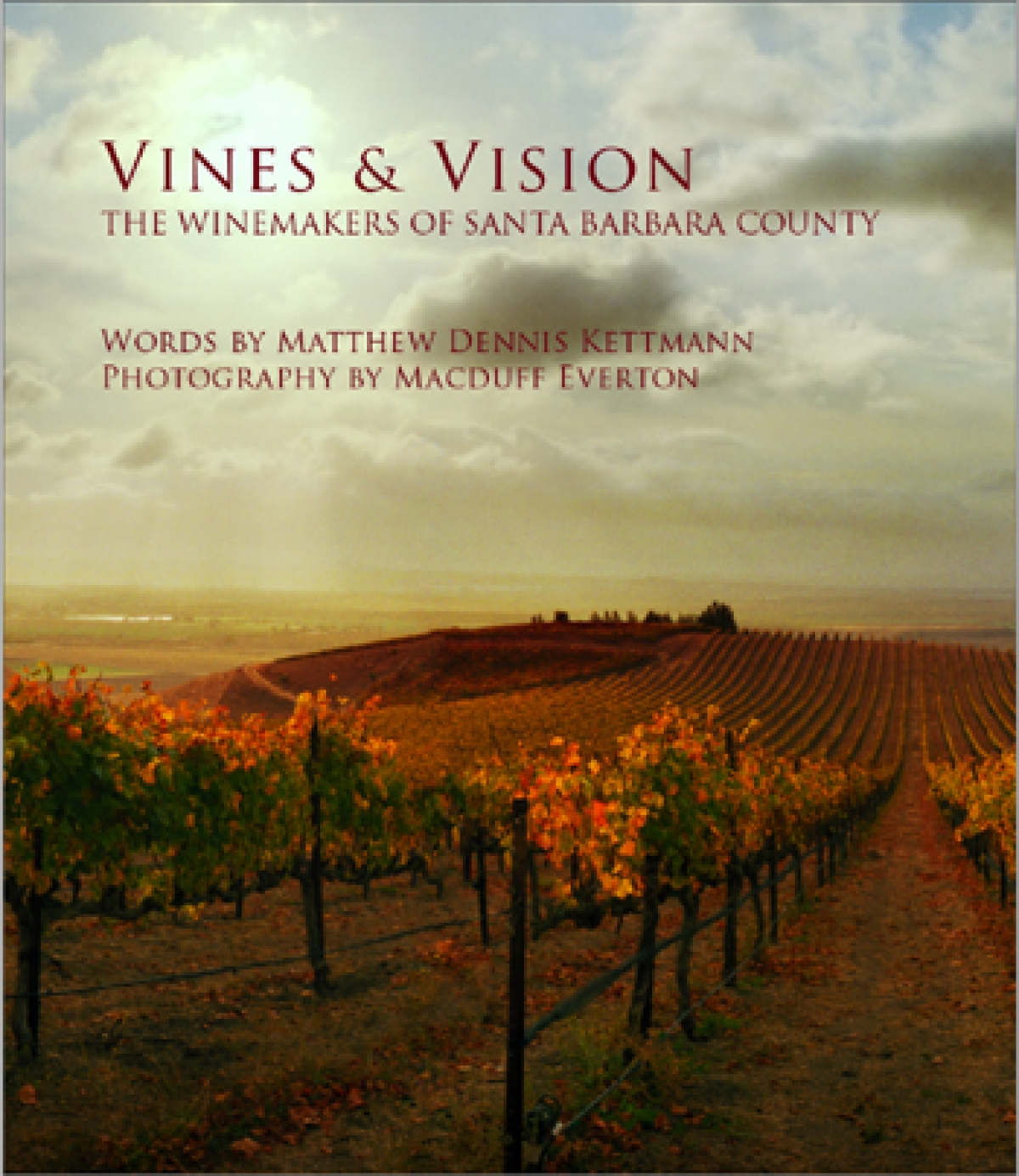 Angela Osborne, founding winemaker of Folded Hills Winery, Ranch and Homestead outside of Buellton, will leave the winery this month in order to focus on her own brand, A Tribute to Grace, a grenache-based label she created in 2006.

In announcing Osborne’s pending departure, Folded Hills owner Andrew Busch said: “We’re grateful to Angela for helping us create an identity around the kinds of wines we want to make. She has a light touch with grenache and other Rhone varietal wines, and translated our estate fruit honestly and beautifully.”

Busch is the son of August Anheuser “Gussie” Busch Jr., who built and grew the Anheuser-Busch Companies into the largest brewery in the world by 1957.

New Zealand native Osborne said she was “grateful to (owners) Kim and Andy” for her time with Folded Hills.

Michael Brughelli of Vignerons Consulting will replace Osborne and oversee all winemaking, working directly with the vineyard and cellar staff.

California native Brughelli is perhaps best known as winemaker for Scar of the Sea, a label he co-founded with Mikey Giugni. In 2019, Brughelli sold his portion of Scar of the Sea back to Giugni in order to launch his own consultancy, Vignerons.

Before launching his own firm, Brughelli worked at Bien Nacido Vineyard in the Santa Maria Valley, where he rose from sales manager to director of sales to director of supply. A graduate of Cal Poly, Brughelli was a firefighter and EMT before turning to farming and vineyards.

“I’ve long been a fan of Angela and the wines she’s been producing,” Brughelli said. “And I’m proud and honored to have the opportunity to carry this torch. The Busch family’s ranch has incredible potential, and I’m looking forward to working with it.”

In light of COVID-19 restrictions on public events, the Sta. Rita Hills Winegrowers Alliance was forced to cancel its popular Wine & Fire event scheduled for August.

For more than a decade, the weekend affair has taken place at various wineries and vineyards throughout the Sta. Rita Hills, and featured a grand tasting at La Purisima Mission State Historic Park outside of Lompoc.

However, the alliance, like many other organizations, pivoted with the pandemic and has turned to Facebook Live with a weekly slate of regional winemakers and Matt Kettmann, a Santa Barbara-based wine and food journalist and critic.

The fifth installment of the live tasting will take place Tuesday with Kettmann interviewing and tasting with winemaking icons Greg Brewer (Brewer-Clifton, Diatom and Ex Post Facto) and Ken Brown, owner of his namesake winery and a longtime viticulturist who introduced several grape varietals to Santa Barbara County vineyards.

The following week (July 28), three winemakers who source from Fe Ciega Vineyard — Rick Longoria (Longoria Wines), Bill Wathen (Foxen Winery) and Adam Tolmach (Ojai Vineyard) — will be featured, along with one or two of their respective Fe Ciega wines.

Viewers are encouraged to purchase the wines to be featured and taste online. Click here for more information.

Matt Kettmann, one of the most prolific wine and food writers/backyard barbecue chefs I am honored to know, will soon release “Vines & Vision: The Winemakers of Santa Barbara County,” a book highlighting the people and the spirit of the county.

Kettmann has written for the Santa Barbara Independent since 1999 and is the greater California Central Coast wine critic for Wine Enthusiast.

Along with longtime photographer Macduff Everton, a fellow writer and publisher, Kettmann spent the better part of the past two years gathering stories about how both the region’s pioneers and up-and-comers live a life of wine. Kettmann has a knack for letting his subjects tell their own stories, so the book brims with viticulture history and the passion that various producers bring to the table.

Everton’s photography has been published in magazines such as National Geographic, Life and Saveur, and he photographed “The Book of Santa Barbara,” which contains essays by Pico Iyer.

“Vines & Vision” features profile chapters on more than 100 wineries/winemakers, as well as sections on history, geography, trends, a look at the effects of COVID-19 on the industry, and a year in the life of a vineyard, from pruning to bottling.

There is a special section called El Buen Equipo, or “The Good Team,” which highlights the efforts of farmworkers and other often overlooked people who proudly bring each vintage to market, such as publicists who work behind the scenes.

Kettmann and MacDuff said their book is headed to print this month, and copies should be available by October. While some books may be available at select wineries this fall (some of the wineries featured have secured copies for distribution), Kettmann is urging online, advance sales before Monday, July 20. Copies of the hardcover, 600-plus page book are $60 each. Click here to purchase the book.

The Miller Family Wine Co. is offering daily live broadcasts to educate and connect industry wine professionals with the public during the COVID-19 pandemic.

The company’s two virtual broadcast initiatives — “Somm School” with master sommelier Will Costello and “Day Drinking with Wes Hagen” — are an attempt to provide wine industry professionals and enthusiasts an educational platform and broaden industry-wide connections.

Presented every Tuesday and Thursday, “Somm School” is hosted by Costello, also an estates ambassador for Bien Nacido and Solomon Hills.

Costello, who was named to the list of “Top New Sommeliers 2013” by Wine & Spirits Magazine, brings his wine knowledge and experience to this educational interview series, which features a rotating list of prominent wine professionals discussing a range of relevant industry concepts.

Every Monday, Wednesday and Friday is “Day Drinking with Wes Hagen,” a more casual digital forum hosted by industry veteran Hagen, who covers a broad range of consumer-friendly and industry-specific topics.

With 25 years in the wine industry, Hagen is the only winemaker in the United States to have authored and researched the establishment of four American Viticultural Areas (AVAs). Hagen’s day job is winemaker and brand ambassador for the J. Wilkes label.

While each show starts with a wine tasting, “Day Drinking” covers a wide range of subjects related to wine, winemaking, vineyards and food, divided into themes by day: Mondays are dedicated to basic wine knowledge and history; Wednesdays cover vine production and advanced wine education; and Fridays feature guest winemakers and other industry leaders to discuss various topics.

While attendees are invited to participate and ask questions during live sessions, which can be found on Facebook Live on the Bien Nacido & Solomon Hills Estates Facebook page, all previously recorded shows can be found on the J. Wilkes Wine YouTube channel.

In June, Peachy Canyon Winery General Manager Jake Beckett announced that his brother and winery co-owner, Josh Beckett, had returned to the Paso Robles winery to be winemaker.

Although Josh joined Jake as owner of Peachy Canyon in April 2019 when their father, Doug Beckett, retired, the former’s title as winemaker became effective only in June.

“I am very excited to be back with the Peachy Canyon team and to be a part of its new energy and success,” Josh Beckett said. “Many years ago, I planted 30 acres of dry-farmed zinfandel and Rhone grape varieties at (the winery’s) Mustang Springs Ranch, and now I get the chance to work with these grapes.”

— Laurie Jervis blogs about wine at www.centralcoastwinepress.com, tweets at @lauriejervis and can be reached via [email protected]. The opinions expressed are her own.